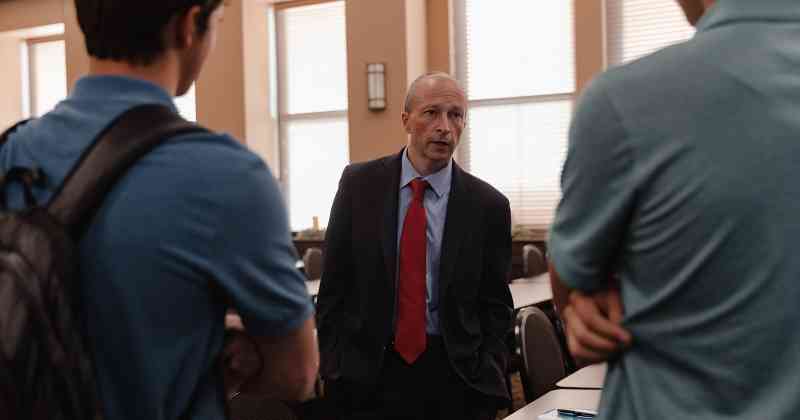 “The way that our Congress is meant to work reflects a deep understanding about how to deal with divisive differences well,” said Yuval Levin. “Putting up with other people is central to the kind of citizenship we need.”Yuval Levin delivered Benedictine College’s annual Constitution Day lecture, sponsored by the college’s Center for Constitutional Liberty with support from the Jack Miller Center. Levin is the director of Social, Cultural, and Constitutional Studies at the American Enterprise Institute (AEI). The founder and editor of National Affairs, he is also a senior editor at The New Atlantis, a contributing editor at National Review, and a contributing opinion writer at The New York Times.

“It’s been wonderful to get a little flavor of our Campus Community and I have to tell you that the sense I’ve gotten from just a short time here today is a sense of an extraordinary community,” he said. “I had lunch with a wonderful group of students this afternoon that just left me enormously impressed.” Watch the entire speech at the Benedictine College Lectures YouTube channel. Ten quotes from his remarks follow.

“We live in a time of great division and sometimes it seems like our constitution only makes these worse. But the American constitution was meant to create, not just occupy, common ground in our country. That Americans have come to see themselves as hopelessly divided is I think both a cause and an effect of the constitutional crisis that we’re living through now.”

“At the heart of our political tradition is an idea of the human being and the citizen that is rooted in the highest traditions of the West — that we are each fallen and imperfect and yet made in a Divine image and possessed of equal dignity. That individuals are social creatures meant to live together. That living together requires a commitment to pursue the common good. And that this pursuit in a free and therefore diverse society requires of the citizen some degree of selflessness and accommodation — restraint, deliberation and service.”

“There is no set of rules that will save us from personal corruption. It doesn’t matter what the rules are … it matters that we have people who take rules seriously.”

“Too many thoughtful Americans now dismiss that tradition as shallow and morally hollow — but I think they’ve mistaken crude caricatures of our political heritage for the real thing .”

“We have particularly lost sight of the importance of steadiness and stability in the work of the president. A change of Party in the White House now leads to a nasty case of whiplash a new president rushes to undo his predecessor’s most important signature executive actions and to put in place new temporary measures of his own which the next president from the opposite party is surely going to get rid of on day one.”

“The huge apparatus of agencies that has built up around the president in what has come to be called the administrative State also too often functions as a kind of substitute legislature, less slow and less cumbersome than Congress but not less partisan.”

“Congress is willfully underactive. It refuses to do its basic job. It wants to stand aside and talk about the president. You can see why they don’t want to do the hard work. The failure to do that explains a lot about what’s gone wrong.”

“The tendency to turn every great national debate into a blockbuster Supreme Court case often amounts to a tendency to evade the hard work of Republican citizenship and Republican statesmanship.”

“Every one of us to take on the responsibility of citizenship and to accept the duties that come with the high privilege of calling ourselves Americans. It gives us each something to do and it gives us all a lot to do together — and we’re going to need to take it seriously if we really do mean to preserve the blessings of liberty to ourselves and our posterity.” 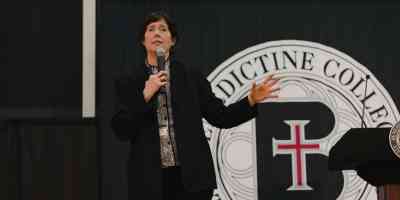 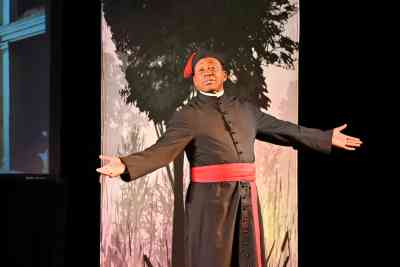 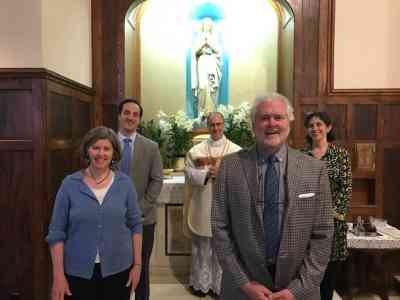