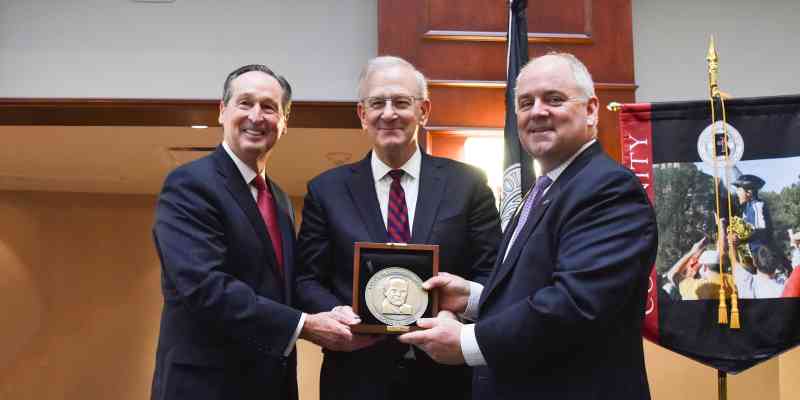 Benedictine College, in conjunction with Country Club Bank at its Kansas City, Mo., headquarters, awarded the inaugural Thompson Medal April 11 to Thomas M. Hoenig, former president of the Federal Reserve Bank of Kansas City, and more recently the vice chairman of the FDIC.

Benedictine College’s Thompson Center for Integrity in Finance and Economics annually presents the Thompson Medal to a principled leader in finance, economics, banking or entrepreneurship who exemplifies the ideals of Byron Thompson, the late founder of Country Club Bank.

Hoenig has been noted for his fiscal responsibility in profile articles in Time magazine (Feb. 14, 2011) and Bloomberg Businessweek (Sept. 23, 2010), and has been featured in USA Today, The New York Times, and The Wall Street Journal.  Prior to joining the FDIC, Hoenig spent 38 years with the Federal Reserve Bank, last serving as president of the Federal Reserve Bank of Kansas City.

“I can think of no better first recipient of the Thompson Medal than Tom Hoenig,” President Stephen Minnis told the audience at the event. “He has been especially vocal about monetary policy, financial industry regulation and the need to address the problem of ‘too big to fail’ banks. Many times he was asked to change his position or tone down his rhetoric, but he always remained true to his Midwest values of honesty, hard work and thoughtfulness.”

“Two related issues confronting this country are the twin deficits of the federal government and international trade,” he said. “These deficits, while troublesome, are not an immediate threat—and for that reason we have been slow to address them. But if they continue to grow relative to our national income, they, at some point, will undermine our economy and the well-being of future generations, and they will give socialists a further excuse to place our economy in the hands of government rather than private individuals and markets.”

In the end, he said, “of all nations, the United States is the most successful of any that exists.  Capitalism, not socialism, brought us this success. Under our system we have solved far greater challenges than the two I just described. Our twin deficits are a reflection of our success. Our goal, therefore, should be to make these issues important enough that our leadership begins the journey to systematically address them.”

When Byron G. Thompson died in 2015, he was called “a Kansas City hero” and “no less than an icon to our town” in The Kansas City Star. Benedictine College’s interdisciplinary Thompson Center for Finance and Economics continues his legacy through the Thompson Fellows, the Thompson Medal and the Thompson Trading Room on campus, forming the next generation of ethical banking leaders.

Founded in 1858, Benedictine College is a Catholic, Benedictine, residential, liberal arts college located on the bluffs above the Missouri River in Atchison, Kansas.  The school is proud to have been named one of America’s Best Colleges by U.S. News & World Report as well as one of the top Catholic colleges in the nation by First Things magazine and the Newman Guide.  It prides itself on outstanding academics, extraordinary faith life, strong athletic programs, and an exceptional sense of community and belonging.  It has a mission to educate men and women within a community of faith and scholarship. 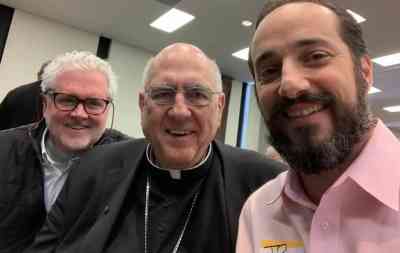 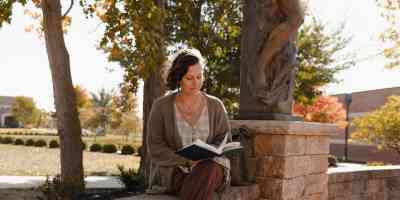 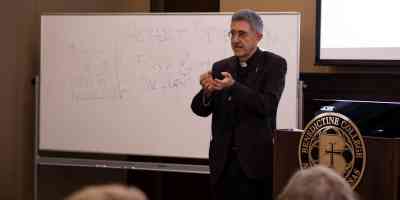