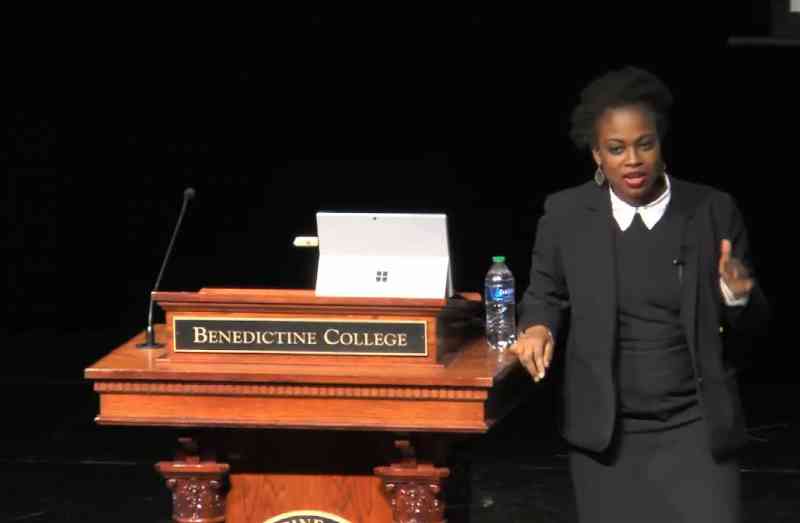 “Your job must be difficult, because, you know, most of the Catholic Church in the United States is white,” Danielle Browns’s friend told her.

When she heard that, “I flinched,” said Brown.

She told the story at Benedictine College in Atchison, Kansas, last May. She joined the Board of Directors at the college and was on campus for her first Board meeting in October.

Brown is a lawyer, but the job her friend was referring to was her role as Associate Director of the Ad Hoc Committee Against Racism for the U.S. bishops.

“I told my friend that his perceptions were incorrect and that depending upon where a person lives, the Church in the U.S. can appear much less diverse than it is in reality,” Brown said.

She reminded her friend of all the non-white Catholics in America — Hispanics, Asians and Pacific Islanders, Native Americans, Africans from many African nations, African Americans, Haitians, and Chaldean Americans.

Then she asked students where the “Catholic means white” perceptions of her friend come from? “Perhaps his hometown, where his faith community was almost exclusively made up of people of European American ancestry. Nonetheless, I couldn’t help but wonder, were his perceptions formed by the often-monochromatic face of the New Evangelization?”

She wants to make sure that the full blessings of the teachings of the Church are available to all — including the theology of the body. Unfortunately, she says, when she asks students who has heard about St. John Paul II’s liberating teaching about the family and human sexuality, she finds mostly white students raise their hands.

“If we truly believe,” said Brown, “that the Catholic Church is the surest and best, and key to everlasting life, and soul-changing and soul-saving grace — out of slavery and into freedom — how much does one have to hate the other not to tell them?”

The Transforming Culture in America plan at Benedictine College in Atchison, Kansas, declares that, “The global Catholic Church which embraces the world’s races and cultures is our model for diversity. The college will develop initiatives to attract students, faculty, and staff from all backgrounds and cultures who can benefit from and contribute to its mission.”

The plan launched the Freedom Fellows program that provides full tuition scholarships to first generation students, usually black and minority students. The program was developed in conjunction with Danielle Brown, as well as Harvard’s Dr. Jacqueline Rivers and her husband Rev. Eugene Rivers, who lead the Seymour Institute.

On campus, Brown spoke about “Open Wide Our Hearts,” the U.S. bishops’ 2018 pastoral letter against racism, which was issued  in response to an increase in racist ideology in America.

The principles contained in that letter and within the mission of the Ad Hoc Committee Against Racism became all the more crucial with the onslaught of challenging events in 2020 and beyond.

Brown directed attendees to numerous books, educational videos, and online resources to learn more about the Catholic Church’s teachings on and response to racism; she emphasized love for Jesus Christ as the motivation for and guide in efforts towards racial justice; and she challenged the Benedictine Community to rise above the divisive and alienating attitudes that are all-too-common in today’s society.

“What we have to do is resist the demonic urge to fight hate with hate and instead answer sinfulness with condemnation,” said Brown. “The answer to shame is not more shame. The challenge will be convincing ourselves and others that the power of Christ really is enough to answer the challenges of our day.” 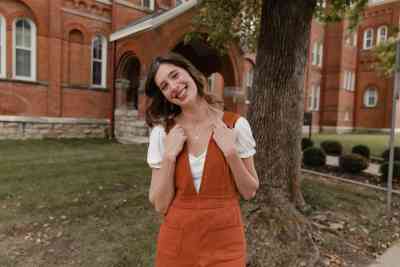 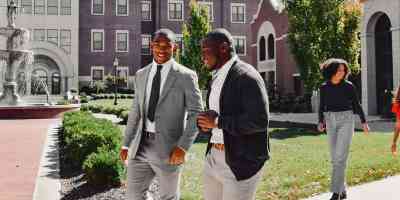